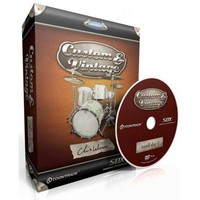 The Custom and Vintage SDX is an expansion pack for the award winning Toontrack Music drum sampler Superior Drummer 2.0. It features extensive stick and brush recordings of a unique collection of drums and cymbals.