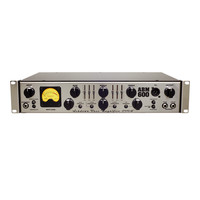 The Ashdown ABM-600RC-EVO IV Bass Head is part of Ashdowns fifth generation of class-leading pro bass amplifiers delivering a 9 band EQ next gen power stage and a host of other features including a variable valve drive pre amp section footswitch controllability and one knob dynamic compressor. This item is an ex showroom display model. There are light scuffs and signs of use around the casing. The original boxing and manual are not included.Otherwise the unit operates as new. This is a great opportunity to buy a fully functioning product at a discounted price supplied with a one year warranty.